Be the first to review this product
€3,319.00 €2,789.08
Will be ordered for you.
If you need this very urgent, please contact us and we keep you informed about the delivery date.
Add to Wish List Add to Compare
EMI/Abbey Road Channel Strip
Skip to the end of the images gallery 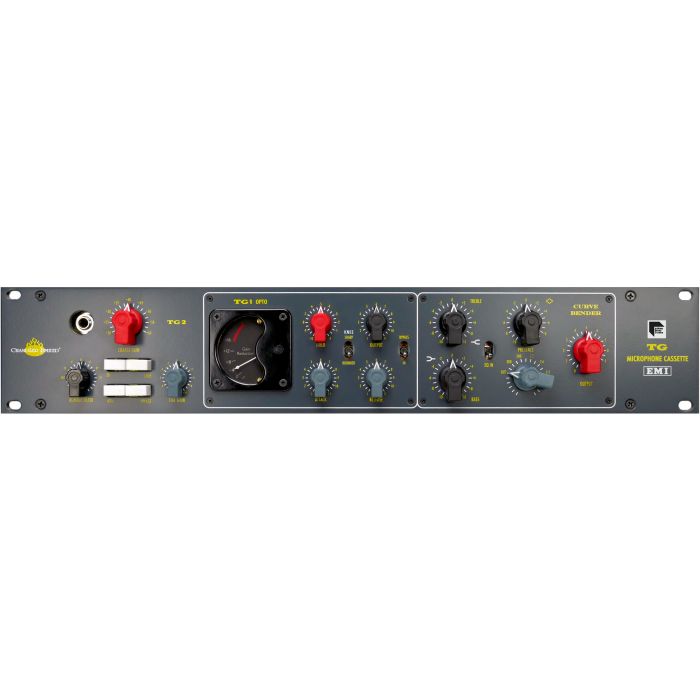 Chandler Limited´s critically acclaimed TG1 Limiter, TG2 Pre-Amp, and Curve Bender EQ, each known for their remarkable reproduction of the EMI TG sound, have been combined to form the ultimate TG Microphone Cassette reimagined to work in a modern recording studio context.

The TG2 pre-amp section is coupled directly to the Curve Bender equalizer section.

The Curve Bender EQ section is the second stage of the TG2 pre-amp section, and the EQ output control works as a fader would on a console.

The compressor/limiter section of the TG Microphone Cassette is a special adaptation of the Chandler Limited TG1 Limiter tracing its lineage to the historic EMI TG12413 mixing and mastering console limiters.

EMI technical engineers experimented with the use of optos in their audio compressors, and now for the first time ever Chandler Limited introduces the TG1 Opto Limiter.

The TG1 Opto Limiter section of the TG Microphone Cassette is patchable apart from the TG pre-amp and EQ, allowing for independent use of the compressor/limiter on other sources. The TG1 Opto is stereo linkable to a second unit via a standard 1/4" cable.

In 1968 EMI and Abbey Road Studios changed their recording and mixing consoles from the valve-driven REDD to the transistorized TG12345 desk. The remarkable sonic quality of the new EMI TG12345 transistor recording console with expanded EQ, and for the first time ever, a compressor/limiter on every channel would forever leave its mark on the Beatles "Abbey Road" and Pink Floyd´s "Dark Side of the Moon" albums, as well as recordings by Paul McCartney, John Lennon, George Harrison, and the Rolling Stones. Retired from service in 1983, the TG desks were built by EMI for their studios and were never commercially available.